Despite identifying as gay from an early age and having a long-term partner, Derek had never been to any LGBTQ+ events – but when asked how he wanted to celebrate his 83rd birthday, his wish was to attend Herts Pride in Watford's Cassiobury Park. 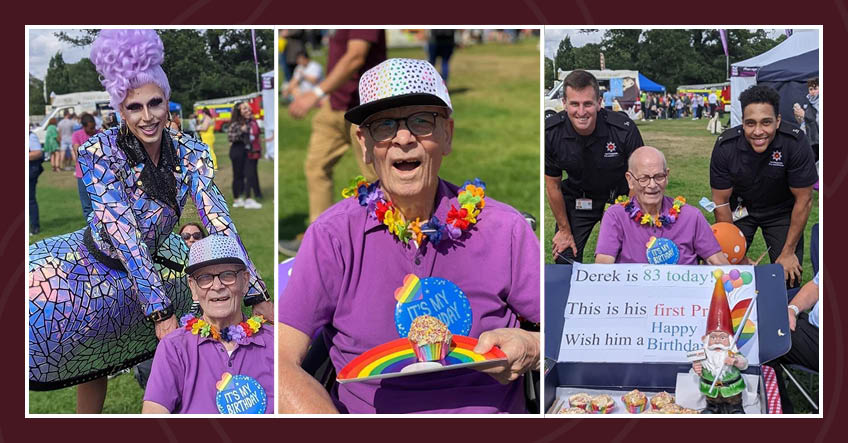 Speaking to the Watford Observer, Tremona Care Home Engagement Lead Margaret Daniels said that she was “honoured” to arrange such a birthday present, continuing: “I thought it’s never too late and you’re never too old to attend Pride – and the fact that Herts Pride was on his birthday made it even better!”

She continued: “Derek was very chuffed to be treated like a celebrity by everyone at the event, with people keen to wish him a happy birthday and pose for photos with him. It really made his day!”

As an advocate of acceptance, identity, and inclusion, Tremona has celebrated Pride – often aligned with Global Pride Day – for now four consecutive years. Up until last week, each Pride has historically taken place within the home with a focus on building awareness around what Pride is, what it stands for, and how it has liberated and cultivated greater visibility of LGBTQ+ individuals in our communities.

Pride and other inclusive events compliment B&M Care’s commitment to equality in employment, reward and recognition, encouraging diversity in both those we care for, and those delivering our exceptional care standards.

B&M Care has zero tolerance for any form of discrimination; we promote integration, profile fairness, and celebrate an individual’s unique qualities.

Thank you for requesting a place at the Tremona Resident Attends First-Ever Pride.