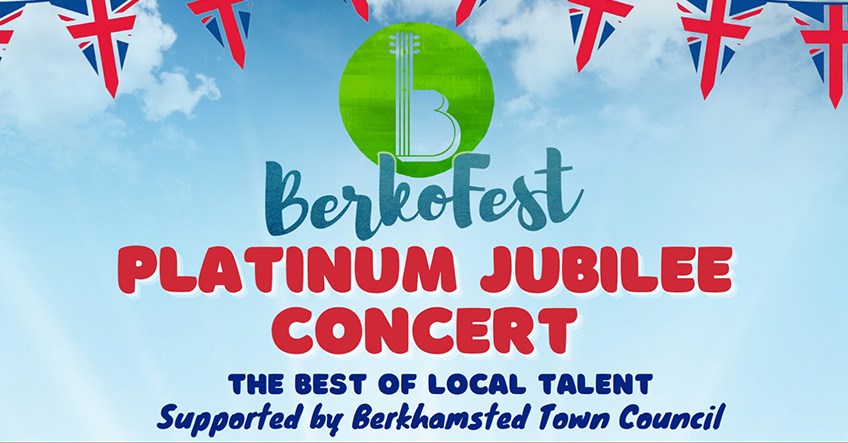 Traditionally held in September, this year’s BerkoFest coincides with The Queen’s Platinum Jubilee, as well as the festival’s 10th anniversary since its inception in 2012.

17-year-old model-come-singer-songwriter Lex Gibbon who is currently preparing to “drop her music” through Tik Tok’s distribution platform ‘Sound On’. Lex’s “meteoric rise” has already led to huge amounts of support from media outlets, such as ITV and BBC Introducing.

The original ‘Busking Boy!’, Harvey Hood. The self-taught ukulele player has been busking since the age of 6, raising money for charity and his love of video games. At just 12-years-old, Harvey continues to sing covers and more recently his own songs.

A group of school friends by the name of WARP4. Having been in a band for just six months, the Platinum Jubilee Concert is WARP4’s first performance outside of Berkhamsted School. Matthew (vocals), Saffron (guitar), Freddie (bass) and Cameron (drums) come with collective years of training and experience. Influences include: Coldplay, Kings of Leon and Oasis.

With local music comes local food – and as per previous editions of BerkoFest, the concert will host a number of food and drink stalls offering a variety of kitchens, as well as refreshments that are locally sourced, crafted and produced.

Thank you for requesting a place at the B&M Care Sponsors BerkoFest Platinum Jubilee Concert.